These days I believe I have gone under a spell of depression. One, I keep having mishaps at my day job, those that I usually do not have. Another is that I want to sleep and not wake up again. I know a global collapse is coming. I know the whole Mystery Babylon world system is crashing down even though it is riding on market bubbles right now, mainly due to the hype surrounding Big Pharma and their poison jabs. Yes, Hong Kong is part of Mystery Babylon. Whenever you hear that a place is under “the new normal”, that identifies the place as part of Mystery Babylon.

And the worst part is, I can’t move away. Even the HongKongers who escaped to London still land in Mystery Babylon, because of the tyrannical measures in the UK for the unprecedentedly long “15 weeks to flatten the curve”. That no one, not even I, can move to a truly safe place is a sad thing. I dearly want to leave Mystery Babylon because Revelation 18:4 says so. The famous “Come out of her, My people”. I want to sleep and never wake, because of all the things that are coming on the earth. And yet I don’t want to wake up because I know that the times of buying and selling without this charagma, this Mark of the Beast, is only getting shorter and shorter. And I honestly am terrified of a future where we can’t protest tyrannical regimes.

Later today, I went to visit the social media pages of my former crush. There was a time he had an amazing voice and a handsome look. Yet he was — and still is — a lamestream journalist, and has only about a season’s memory. That is why members of his audience can’t help pointing out his blunders. He sides with the official narrative even though he keeps saying his programme serves his audience. His Wiki entry was last edited in January 2021. And his posts, official and unofficial, have been sparse since then. Actually he was very well known for saying “fear not”. He seems to be very familiar with the King James Version of the Bible. “Fear not” almost became his cliché catchphrase. That is, until this plandemic struck. He never got around saying that familiar phrase again. Ever.

I believe, with the 80% jab rate in the UK and ~70% in London, that he has already been marked for depopulation by this jab. Also, he was doing some reporting on the isle of Jersey quite recently, and travels foreign and domestic now require this death shot, so the odds of him having been injected are, sadly, rather high. I don’t expect to hear from the human side of him again. Because this injection is known to cause radical changes in one’s personality. Especially making the recipient more irritable and easily angered than in pre-jab days.

When I started out writing here, I didn’t want to sleep. But my family egged me on my lack of sleep. To me, a little sleep deprivation is okay. But Mum insisted I should get 8 hours of sleep. Fine. Now I oversleep and hardly get to work on time. The good thing is that I don’t really have to get to my workplace on time. Not that I have flexible hours. I mean, I still have to be in my office on weekdays. But we don’t have to clock in, and that takes a lot of pressure off my shoulders. Anyway, with what I am seeing in the world today, especially in this Fourth Reich’s Hong Kong, I want to sleep and never wake again, and when I wake up, I don’t want to sleep again. Like a living hell. I think hell is like that. And I know that committing suicide will make this sleep-wake vicious cycle permanent, forever. That’s why I’m still here, even though I can’t move away and bad times are ahead.

Whom have I in heaven but You? And besides You, I desire nothing on earth. My flesh and my heart may fail,But God is the strength of my heart and my portion forever. 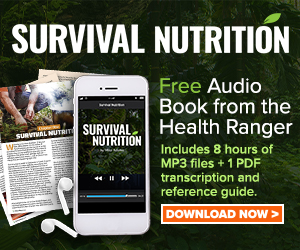 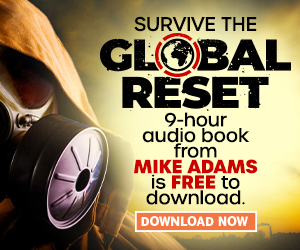